Mismanaging Unemployment Claims Is Like Lighting Money On Fire 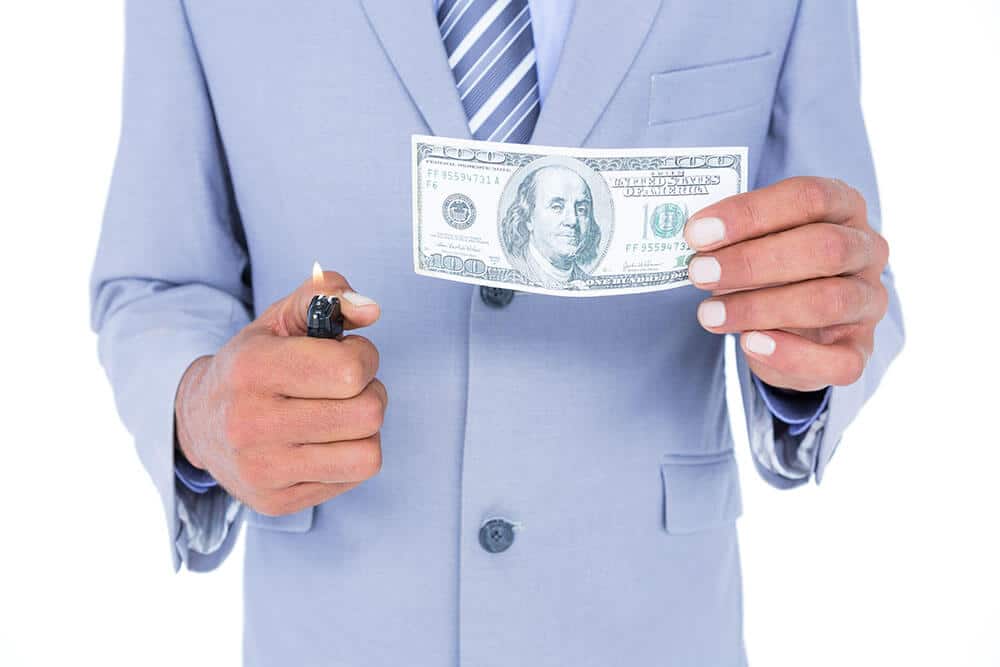 Late last year, the Employment Development Department reported a rise in the number of people who filed for unemployment benefits. California has the largest unemployment system in the US. Despite the employment rate rising steadily over the years, the EDD stated that 2016 saw unemployment checks being distributed to over 800,000 people which translated to close to 33 million dollars paid out in unemployment benefits daily

The Employment Development Department was formed over seven decades ago to act as an economic form of security against the repercussions of unemployment. It was primarily structured to pacify the financial stress experienced by people who get unemployed without fault. Unemployment claims are increasingly becoming inevitable due to the economic crisis and the revolution of labor laws in California.

How The Unemployment Claims Process Works

The unemployment claims program in California is mainly financed by the taxes that are paid by the employers on the gross wages paid to each employee. The amount paid by employers to the unemployment tax pool is different, depending on their specific tax rate.

Unemployment claims awarded to former employees draws from the pool of funds that you contribute to the Employment Development Department. The money paid is not deducted from the employee’s salary at any point. The number of approved unemployment benefits claims that may have been filed against you, primarily determines this fixed tax rate.

The more that is drawn from the unemployment pool by claims that have been made against you, the higher your tax rate rises.

Too many unemployment claims awarded could considerably raise your tax % rate.  The tax percentage rate is directly connected with the number of unemployment benefits awarded. As the amount of awarded claims grows, so does the tax rate on your total gross payroll.

Having your unemployment tax rate increased can have a serious affect on your bottom line. A tax increase of 3% on a gross annual payroll of $300,000 will cost your business an additional $9,000 per year. As your company grows, these numbers get larger and have a greater impact on your costs and profit.

Preparing for Unemployment Claims as a Business Owner

If the employee is in violation of the companies rules and regulation pertaining to being late or not showing up without calling in advance,  give a verbal warning first then follow up with subsequent written warnings as stipulated by the labor laws before resorting to termination. Many employees use this point as a viable proof of unreasonable termination.

If a disciplinary course of action is taken such as a suspension, do this in writing as well. Ensure that you provide the employee a copy while you keep one in a file for future references. Once an employee decides to quit, ensure that they do this in writing. Have a policy where an employee is required to submit a written notice in a particular timeframe before quitting.

Documentation is the key to defense of unemployment claims. Your company policies and disciplinary procedures should be in writing, followed in every case and documented in your employee files.

Steps of the Unemployment Claim Process

The employee either ceases employment by

In this case, the employee decides to leave voluntarily and hands in a written notice stating the reasons for leaving the company.

The former employee proceeds to file a claim with the Employment Development Department any time after they are terminated or even when the hours are reduced without a legitimate cause of action. The claim will highlight why the employee feels that they are entitled to benefits despite the termination.

The EDD takes up to seven days to go through the claim and possible evidence provided and depending on their judgment, they either send the unemployment benefits claim to the employer or dismiss the claim. The EDD has set a list of requirements that the employee must have adhered to so that they are considered eligible to receive the unemployment benefits. These requirements include;

The requirements that an employee should satisfy in order to receive unemployment benefits include:

The EDD then sets up separate interviews with the employee, employer and other people who are relevant to the case to investigate either side of the matter

In a case where the employee’s claim is eligible for compensation, the EDD sends the notice to the employer who either contests or approves the claim. Once the ruling is returned, and the claim is passed through, the employer can appeal the decision claim via mail to the EDD in no more than 30 days of receiving the ruling.

The appeal should contain;

The appeal is presented before the Administrative Law judges who determine the ruling that was given before. If the appeal is accepted, the ALJ conducts hearings with both parties present. After the hearings, the ALJ gives a ruling based on the testimonies, evidence, and witnesses that each party provides. In case the ALJ gives a ruling that is not acceptable to the employer, they can file another appeal with the California Unemployment Insurance Appeals Board.

What to do When You Receive an Unemployment Claim

Once a former employee files for unemployment benefits, the Employment Development Department will notify you by mail and send the notice of unemployment insurance that the employee has filed. Once you ascertain that you have received this claim, you can respond in one of two ways including;

In this case, you decide not to dispute the claim and pay the amount of unemployment benefits stipulated by the EDD.

Once you have received the claim, you technically have ten days to refute or contest the claim in writing. Your response should be detailed and should contain all the relevant material that will highlight why the former employee should not be eligible for the unemployment benefits.

The most certain ways to ensure that the contested claim does not go through is to dispute that the former employee, quit voluntarily, violated company policy, or was terminated for gross misconduct.  These allegations should be substantiated by copious amounts of evidence.

You should also submit evidence that the violations that led to termination have been repeated and each time, the employee received a written warning reprimanding the offense. The labor laws of California have set a standard number of written warnings an employee can receive before being terminated. The EDD backdates the written warnings and uses this evidence to weigh the plausibility of your dispute. The violation or breach must be intentional and must be directed to disdain your company’s interest. Disputes of employee negligence or generally poor performance do not substantiate a dispute claim. The misconduct must essentially be purely work related.

The threat or fear of unemployment claims can often lead employers to keep an employee who is not performing or not following company procedures, longer than they should. Having sound policies, documented disciplinary measures and the peace-of-mind that you know how to handle an unemployment claim when you receive one, can help mitigate this fear and allow you to focus on having the right employees working for your company.

The best way to avoid unemployment claim tax increases is to focus on your hiring process and retention by being acquainted with capable staffing agencies that will assist you in the hiring process. Hiring a new employee can prove to be a daunting task due to the fact that you might not know the right person for the job and their legitimate background history.