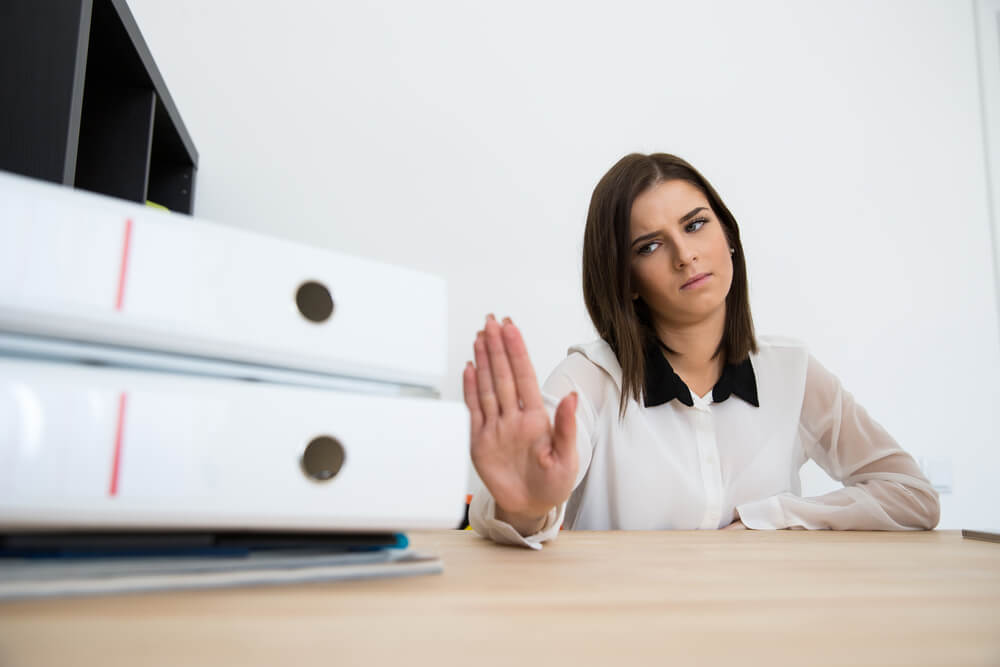 People can’t perform their best when they feel unsafe. Harassment of any sort in the workplace makes it impossible for an employee to feel safe. The longer the harassment continues, the worse the situation becomes. Everyone within the immediate area of the harassed individual can end up suffering over time. Harassment is also illegal. One of the best things an employer can do is prevent harassment from the beginning. If that isn’t possible, it means putting a stop to the behavior immediately is necessary. Let’s take a closer look at harassment to see what constitutes harassment and help you create your anti-harassment policy.

Harassment is simply defined as any behavior that demeans, humiliates, or embarrasses a person. The action must be reasonably considered inappropriate by the majority of individuals in the same situation. Harassment becomes a legal matter if a person must endure the behavior to keep their job or if the behavior is consistent enough and so severe that a reasonable person would consider it to create an unsafe or intimidating work environment. When determining whether a person can be deemed reasonable, think about anyone in the same position as the victim. For example, you can’t use a male perspective for behavior toward a woman, a superior’s reaction to compare with an employee’s perspective, or a person of one race or religion to determine the response of someone part of a different group.

There are so many workplace harassment types that covering all of them in this format would be impossible. Knowing what possibilities exist will help you recognize harassment quicker to take measures before a significant issue arises. The majority of harassment cases fall into the following categories.

Discriminatory harassment is based mainly on the characteristics of people that can’t be changed or, in the case of religion, something that is an integral part of that person’s life. This form of harassment often occurs at the hiring stage, but it takes place regularly in unsupervised environments. These are only a few examples of the form discriminatory harassment can appear.

Physical harassment is not something that many people encounter in the workplace, but it does happen, and understanding the signs is essential. This type of harassment puts the person in danger or engenders the constant fear of uncertainty. Physical harassment can include:

Power harassment occurs between an employee and someone in a supervisory position. This type of harassment makes it clear that the person doing the harassment uses their power to intimidate those beneath their status. There is often the threat of losing one’s position if not compliant.

Sexual harassment is something we hear about the most. This type of harassment usually is male against female but can also involve a female harassing a male or even when both people are of the same sex.

Personal harassment involves harassment of people not in protected groups such as those protected by law from discrimination. Things like weight-shaming can fall into this category. Take into account that these actions need to happen more than once as a person needs to know something is unwanted or offending before it becomes harassment. Some examples include:

Cyberbullying has become more prominent in the past few years. We usually consider this harassment to be limited only to school-aged children, but it also occurs among adults. Cyberbullying can include sending threatening emails, instant messages, or sharing derogatory pictures of a coworker with other people in the workplace.

Verbal harassment doesn’t always have to be illegal, and in many cases, it isn’t. It is things like threatening, yelling, insulting, or cursing at a victim in public or in private. Consistently being rude when answering or making a request can also fall into this category.

Setting up ways to prevent harassment in the first place and having ways to handle such behavior is necessary and ideal.

We spoke earlier of treating every harassment complaint as though it were a court case. Start by looking at the situation without preconceived ideas of guilt or innocence.

Creating a Healthy Workplace Benefits Everyone

The workplace is where employees spend as much or, in some cases, even more time than at home. Everyone deserves to work in a healthy, happy environment where they feel respected as a human being. Creating a harassment-free environment gives your employees that safety, allowing them to spend more energy on doing work to benefit the company. Everybody wins in the end.

A healthy workplace environment is a happy one.
Let us help you with your policies.