What Are Some Good Signs You Got The Job? 9 Exciting Clues 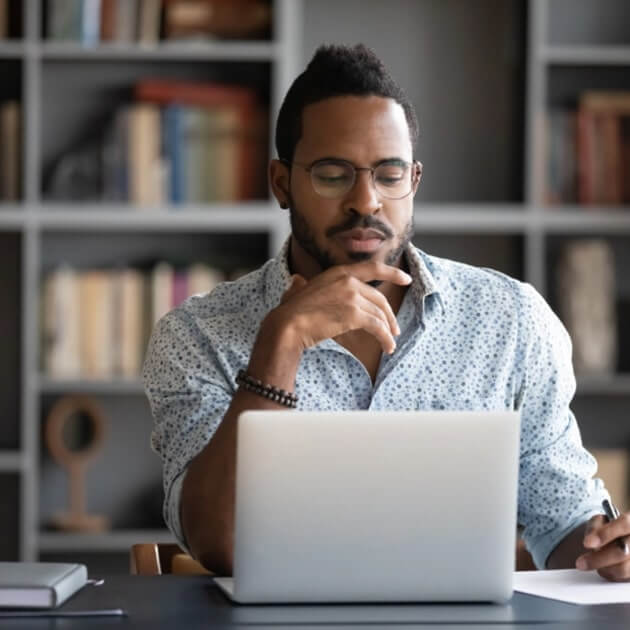 Few people enjoy going to job interviews, even though it means they have gotten through several steps of the hiring process. Job interviews are nerve-racking, especially if you really want the job. Not to mention that there may be an added level of stress if you’ve been job hunting for quite some time.

While there is no guaranteed way to know for sure that you got the job (unless you’re told directly), there are a few good signs to look out for.

Subtle Cues To Watch For During An Interview

The body language of the interviewer can convey their feelings and intentions. If the interviewer leans in towards you, makes eye contact, or has open body language, it is generally a good sign. It means that they are engaged in the conversation and are interested in what you have to say.

Additionally, watch for positive facial expressions such as smiles and nods. It means that the interviewer is reacting positively to your answers.
On the other hand, if the interviewer is leaning back, avoiding eye contact, or has closed body language, this may be a sign they are uninterested or unimpressed.

Of course, many interviewers will refrain from reacting outwardly. However, if you see that they’re struggling to react in a positive way, it might not be a good sign. For example, if you provide a response and they simply move on to the next question, it might be because they had a negative reaction but don’t want to verbalize it.

9 Positive Signs You’re About To Get A Job Offer

Although you can get some indication of how you did based on the way the interviewer engaged with you throughout your interview, you’ll have a better idea of your performance once the interview ends.

The following are a few positive signs that you’re about to get a job offer, or at the very least are in strong contention for the position.

1. The Interview Runs Longer Than Scheduled

One of the worst things that can happen during an interview is for it to end abruptly. If an interviewer cuts the interview short, it probably means they have already decided that you aren’t a good fit.

However, if the interview runs longer than scheduled, then that’s a good sign. It could mean the interviewer was so engaged with you and lost track of time, or that they thought you were a good fit and wanted to find out more.

2. You Were Given A Tour Of The Office

3. You Were Asked A Lot of Follow-Up Questions

If the interviewer asks a lot of questions about you, then they’re interested in what you have to say and they want to know more about you. It’s a positive sign and indicates that they want to dive deeper and see if you’ll make a good fit for the company.

4. They Discussed The Job Perks With You

5. You Were Asked About Your Salary Expectations

Although it’s not always the case, if the interviewer asks you about your salary expectations, it usually indicates you are a strong candidate for the position. It’s a way for them to see how much they need to offer you to get you on board. If they’re thinking ahead to negotiations like this, then they’re very interested in putting together a job offer for you.

When the interviewer tells you to follow up with them, it means they want to continue the conversation with you. They may still have a round of interviews left and don’t want to rush to a decision, but it likely means you are a strong candidate in their mind.

7. They Asked If You Have Other Interviews Lined Up

When a recruiter or employer asks about other interviews you may have lined up, they’re gauging how much time they have to present you with a job offer. It indicates that they view you as a strong candidate and are afraid that if they wait too long, you may be offered another job elsewhere.

8. You Were Not Interrupted While You Were Talking

If you’re talking and the interviewer is not interrupting you, then they’re interested in what you have to say and they want to hear more. When an interviewer interrupts you, it usually means that they’ve heard enough or they don’t agree with what you’re saying.

In some cases, they may not even be paying attention and they’re just trying to move the interview along so that it can end as quickly as possible.

9. They Told You Their Decision Up Front

If the interview has been really successful, they may tell you upfront. If they offer you the position right then and there, then you know you did well.

However, in some cases, they may simply tell you that they were impressed with your interview without offering you the job. If this is the case, it’s because they’re doing their due diligence. Despite your excellent performance in the interview, they may still want to review your resume further. Moreover, they may still have additional interviews scheduled with other candidates.

Does This Automatically Mean You Got The Job?

It’s not uncommon for interviewers to ask for the contact information of your current employer. In some cases, they Although the interviewer may be giving you some strong signals that you got the job, it’s important to remember that nothing is concrete until you’re offered the job. Just because the interview went well doesn’t automatically mean you’re the clear-cut choice for the position.

Why You Should Keep Looking For Other Jobs

Despite doing well, you should keep looking for other job opportunities. It’s always possible that you were one of the top choices, but that you’ll lose out to another candidate. Perhaps you were the best candidate up until your interview, but the employer interviewed someone else afterward that performed even better.

As such, it’s crucial that you don’t assume you’ve gotten the job and that you keep looking for other job opportunities.

Be sure to follow up with the interviewer within a few days. You can either email or call them, but make sure that you’re polite and professional. In your email or phone call, reiterate your interest in the job and ask if there are any other steps you need to take in order to move forward in the hiring process.

If they don’t get back to you, it’s possible that they’re still considering other candidates or they may have simply forgotten to respond. In either case, you can follow up again a week or two later to see if there are any updates.

Pay Attention To More Than Just The Signs

Although these signs are good indicators that you might be offered a job, it’s essential to remember that there are other factors at play too. The interviewer may tell you that you’re a strong candidate but they still need to do some additional research or they may want to interview a few more people.

Don’t get discouraged if you don’t receive an offer right away. Sometimes, the hiring process can take a while. Instead, focus on yourself and keep applying for other jobs. Eventually, you’ll get the job offer that you’re hoping for.